Saint Petersburg  Санкт-Петербург – is one of the important tourist centres in Russia.
The city was founded by Tsar Peter the Great on 27 May 1703. Saint Petersburg was the capital of
Russia for two centuries.
Saint  Petersburg is an important historical, architectural, economic,  scientific  and cultural centre of
Russia. 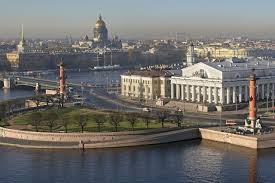 The population of the city is over 5 millions.  There are 103 universities,  235 museums, 130 parks
and 342 bridges.
Saint Petersburg is 400 kilometres away from Helsinki.  There are daily frequently trips from Saint
Petersburg to the Finnish Helsinki by buses, express trains and ferries.
Saint Petersburg called City of White Nights, because from end of May to middle of July it does not
get dark at night. 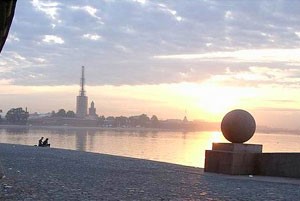 A familiar view of Saint Petersburg is a drawbridge across the River Neva. During the navigation
period from April to 22nd of November bridges across the Neva are drawn every night to let ships
pass in and out of the Baltic. 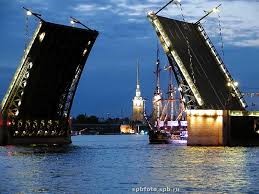 One of the unique attractions of Saint Petersburg is the museum of art and culture, named the
Hermitage. The Hermitage Museum  is the second largest art museum in the world. The main
museum complex contains 6 buildings. The Western European Art collection includes paintings,
sculptures and applied art from the 13th to 20th centuries.  It is displayed in 120 rooms.

To make the best of your visit to St Petersburg and enjoy its attractions to the full you need to know
the Russian language. I can help you to learn Russian from scratch, or improve if you already have
some knowledge. If you are interested please contact me – details on my home page.