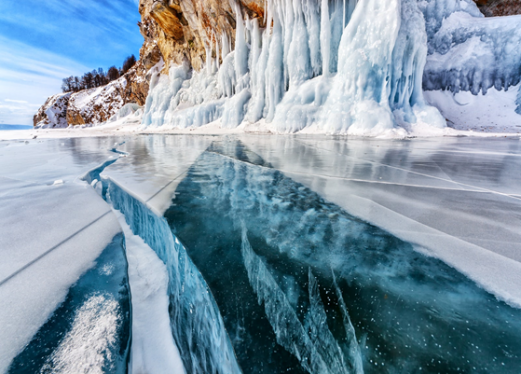 Lake Baikal, nicknamed “the Pearl of Siberia”, is the largest freshwater lake in the world (by volume,
not extent). It contains 22–23% of the world’s fresh surface water.
During the winter and spring, the surface freezes for about 4–5 months. From early January to early
May–June the lake surface is covered in ice.

The lake is surrounded by mountains. The Baikal Mountains on the north side are rich in biodiversity,
hosting more than 1,000 species of plants and 2,500 species of animals as far as is known.

The Baikal seal or nerpa is found throughout Lake Baikal. It is one of only three entirely freshwater
seal populations in the world. 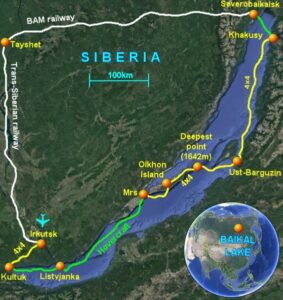 A wide range of land mammals can be found in the habitats around the lake, such as Eurasian brown
bear, Eurasian wolf, red fox, sable, stoat, elk, Siberian red deer, reindeer, Siberian roe deer, Siberian
musk deer, wild boar, red squirrel, Siberian chipmunk, marmot, lemming, and Alpine hare. Until
the Early Middle Ages, the European bison was present near the lake.
Over 200 species of birds inhabit Lake Baikal, 29 of which are waterfowl. Although named after the
lake, both the Baikal teal and Baikal bush warbler are widespread in eastern Asia. 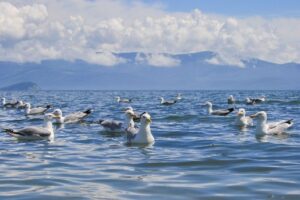 Fewer than 65 native fish species occur in the lake basin, but more than half of these are unique to
Baikal.  Of particular note are the two species of golomyanka. These long-finned, translucent fish
typically live in open water at depths of 100–500 m (330–1,640 ft), but occur in both shallower and
much deeper parts of the lake. Together with certain abyssocottid sculpins, they are the deepest
living freshwater fish in the world, occurring to near the bottom of the lake. The golomyankas are
the primary prey of the Baikal seal and represent the largest fish biomass in the lake.

To make the best of your visit to Lake Baikal and enjoy its attractions to the full you need to know
the Russian language. I can help you to learn Russian from scratch, or improve if you already have
some knowledge. If you are interested please contact me – details on my home page. 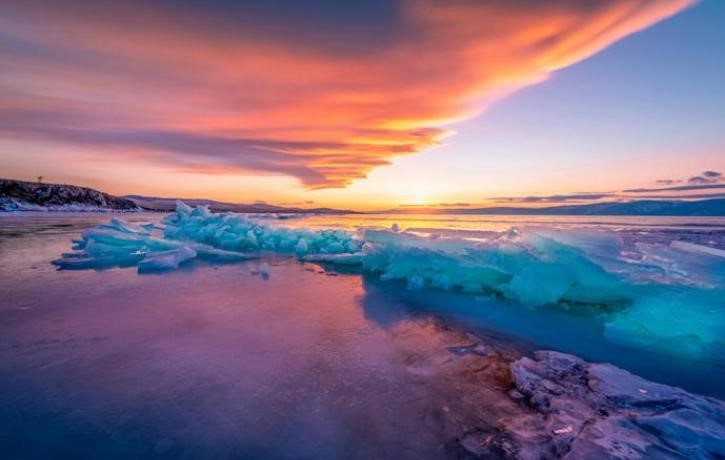